Woodsville Viverde Mansions is a premium residential community strategically situated in the prime residentia hub of Merville in Parañaque City. This development is located right along the major thoroughfare of the South Luzon Expressway, which serves as the link between Metro Manila and several key cities and provinces of the Southern Luzon region. This location puts Woodsville Viverde Mansions within short driving distance from the metro’s biggest central business districts, including Alabang, Bonifacio Global City in Taguig, and Makati. This allows young professionals and working parents easy access to their workplaces while still being able to enjoy living in a community where peace, quiet, and exclusivity are retained.

The Woodsville Viverde Mansions property is also directly linked to other major thoroughfares apart from the South Luzon Expressway. This location allows residents access to different routes to explore the city with without constantly being hassled by heavy traffic flow. Parañaque City is served by a wide network of expressways and arterial roads, including the Manila-Cavite Expressway (which connects Metro Manila to the Calabarzon (which includes the provinces of Cavite, Laguna, Batangas, Rizal, and Quezon) region and the Metro Manila Skyway, which conveniently brings Parañaque residents to the northern part of Metro Manila. Apart from these expressways, there are also two key service roads that residents can take to reach different points of the metro, namely the East Service Road and the West Service Road. Another key thoroughfare that Woodsville Viverde Mansions residents can access is the NAIA Expressway (or NAIA X), a road that connects the Ninoy Aquino International Airport Terminal 1, the Manila-Cavite Expressway, and the Metro Manila Skyway for a hassle-free drive. This newly constructed expressway can also be used to reach the up-and-coming leisure destination Entertainment City located in the Parañaque reclaimed area.

As a highly urbanized city, the City of Parañaque has been one of the top options for Filipino families looking for the comfort of suburbia without completely removing themselves from the comfort and convenience of city living. This city is bordered Pasay City to the north, the breathtaking views of Manila Bay to the west, by Taguig City in the northeast, by Las Piñas City in the southwest, and Muntinlupa City by the southeast. Furthermore, Parañaque City is divided into two legislative districts and two congressional districts, and further subdivided into 16 bustling and diverse barangays.

Parañaque City is perhaps best known as the home of the iconic Baclaran Church, which is also known for its formal name of the National Shrine of Our Mother of Perpetual Help. There is another National Shrine in the city, the National Shrine of Mary Help of Christians. Apart from these Catholic shrines, Parañaque is also a very religiously diverse city, as it is also home to important places of worship for other Christian denominations (including the Protestant Church, Iglesia ni Cristo, Ang Dating Daan, and El Shaddai) and the Muslim populace.

When it comes to lifestyle destinations, Parañaque City has a plethora to offer to cater to the varying needs and preferences of the city’s populace. SM, inarguably the largest chain of shopping malls in the country, has three malls within the city, namely: SM City Sucat, SM City BF Parañaque, and SM City Bicutan. Other malls include a Robinsons Mall within the popular BF Homes village, two Walter Mart malls, Aseana Square Mall, the Jaka Plaza, the Pergola Lifestyle Mall, Noah’s Place Mall, and the balikbayan destination of choice, Duty Free Fiesta Mall. For those looking for a bargain, there’s the Baclaran market, where one can find countless stalls specializing in affordable clothing, costumes, and school uniforms.

Luxury leisure destinations are also in the rise in Parañaque City, with the opening of hotels and casinos such as the Solaire Resort and Casino, Okada Manila, and the City of Dreams Manila. Each of these thrilling lifestyle destinations offer a wide range of high-end shopping, dining, and entertainment options for local and international customers.

For their public and air transportation needs, Parañaque City residents has a number of options. There are public utility vehicles such as jeepneys, tricycles, and shuttles; the LRT 1 (Light Rail Transportation 1) and the Ninoy Aquino International Airport Terminal 1, which services international airlines traveling to and from major cities all over the world. 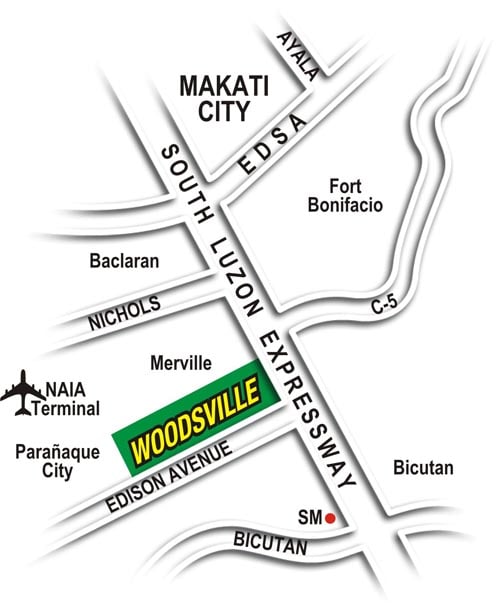